Microsoft revealed Windows 11, the next iteration of Windows. We’ve seen a number of potential additions Microsoft is likely to offer with the next generation of Windows, codenamed Sun Valley, during the last few months. You must be wanting to try out Windows 11 now that you’ve seen all of the Windows features at the event. Are you going to have to pay for Windows again? Everything will be discussed, including the name of Windows 11, the release date, new features, and much more.

In an unexpected change of events, it appears that Microsoft may rename the future Windows 10 Sun Valley (21H2) upgrade “Windows 11,” abandoning its earlier position that Windows 10 would be the final version of the operating system. There are several indicators that Microsoft will use this name for its next major release. Microsoft is the source of the first hint. The Redmond giant elected not to add horizontal lines for shadows in the logo, as you can see in the event announcement tweet below. The horizontal lines appeared in a previous image sent on the company’s Instagram account. 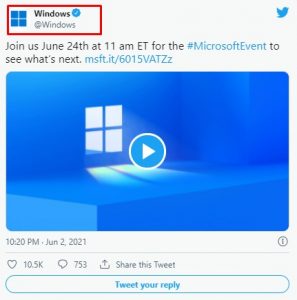 Evan Blass, a reputable tipper, offers another solid clue. Blass rushed to Twitter to send a tweet that hinted at the forthcoming update’s name: Windows 11. Take a look at the tweet below. Based on these, it’s plausible to believe that Microsoft’s next release will be dubbed Windows 11.

A recently leaked Windows build also clearly shows the Windows 11 logo, which is a strong indication. You may be sure that Microsoft will announce Windows 11 next week based on this.

Microsoft is expected to disclose the Windows 11 release date at its presentation next week. The event will take place on June 24 at 11:00 a.m. ET, which is 8:00 a.m. PT or 8:30 p.m. IST. Soon after the event, Microsoft may release an Insider preview build to give early adopters a taste of its next-generation desktop OS. Its release will arrive on 5 October 2021.

If you’re interested in when Windows 11 will be available, here’s a comprehensive timeline for the next update:

Will Windows 10 users be eligible for a free upgrade to Windows 11?

The most pressing question if Microsoft goes ahead and releases Windows 11 is what will happen to exist Windows 10 customers. Given Microsoft’s track record, we may expect free upgrades for current Windows 10 customers. Furthermore, XDA Developers discovered evidence indicating that users of Windows 7, Windows 8.1, and Windows 10 will be able to upgrade to Windows 11 for free. We’ll have to wait until the Windows event later this month to learn more about the mechanics of this shift.

Back in 2015, the Redmond behemoth embraced the Windows-as-a-service delivery technique in order to reach more people and make it easier to distribute the newest upgrades to everyone. It provided free Windows 10 upgrades to Windows 7 and Windows 8 users. As a result, Microsoft now has over 1 billion active Windows 10 users worldwide.

We recently published an article outlining all of the improvements that will be included in the Windows 10 Sun Valley (21H2) upgrade, which will be released as Windows 11. You may read that full post to learn about all of the new features that will be included in the update. The biggest features in Microsoft’s next major Windows update will be highlighted in this article.

Apps for Android on Windows.

Because of Microsoft’s connection with Amazon, Windows 11 will enable Android apps through the Microsoft Store. Intel Bridge technology powers this functionality, which allows you to access Android apps directly from the Start Menu and taskbar. This means you can use Android apps on your Windows PC without having to utilize Android emulators.

Rounded Corners in the User Interface

Microsoft will introduce rounded corners to UI components across the operating system as part of its aesthetic refresh of Windows. Microsoft has even included a floating start menu, similar to that of Windows 10X, which is no longer available. Take a peek at the redesigned Start Menu in Windows 11: 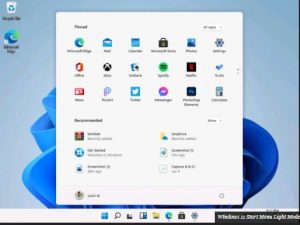 The taskbar on Windows 11 is by default centered, as shown in the images above. You can, however, place the Start Menu in the left corner if that is your preference. If you’re used to it, go to Settings -> Personalization -> Taskbar -> Taskbar alignment and select “Left.” 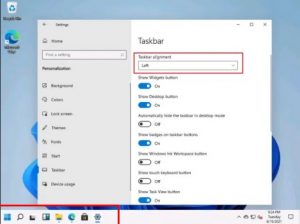 Improved Widgets, Task View, and Windows Search are also included in the Windows 11 release. The news and interests widget, which is previously accessible on Windows 10, is currently available in Windows 11’s widgets section. However, now that you have a section dedicated to widgets, it will be fascinating to watch whether additional developers create widgets for Windows in the future.

The new snap assists functionality in Windows 11 is a modest but beneficial change worth mentioning. In the future, upon maximizing a window, Windows will allow you to choose the exact location of the window. To see the new snap assist window, simply hover your cursor above the maximize button. This should considerably improve Windows 11’s multitasking experience.

Wallpapers have been updated, as well as the startup sound. 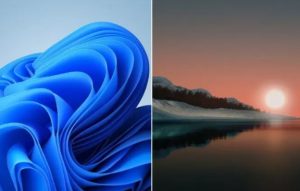 Microsoft updated the look and functionality of the Action Center with Windows 10X. On Windows 10X, for example, you don’t need to go to the Settings page to change Wi-Fi networks or Bluetooth devices. Instead of leaving the Action Center, you can expand these choices. That’s a major increase in usability, and now that Microsoft has officially discontinued Windows 10X, we might see something similar in Windows 11. Meanwhile, read our articles on the finest Windows 10X features and our guide to running Windows 10X on your PC to learn more about the operating system. 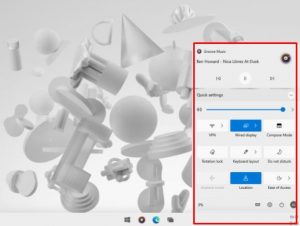 Notifications will now be stacked above the quick settings panel in their own section. In addition, a “Clear All” button will be available to delete all outstanding alerts. Microsoft may even include a dashboard in Task View to help you manage your Microsoft account and upcoming events. The leaked #21996 build does not include the new action center.

Microsoft Store has been redesigned.

Microsoft updated the Xbox Store in August of last year and is currently working on a Microsoft Store update. According to a recent report from Windows Central, the new Microsoft Store will have a modern UI and will be more accessible to customers and developers.

The new Store, according to the source, will allow developers to submit unpacked Win32 software, host apps and updates on their own content delivery network (CDN), and integrate third-party commerce systems into apps. From a developer’s standpoint, these are all great developments that should help Microsoft Store become the one-stop-shop for all programs. 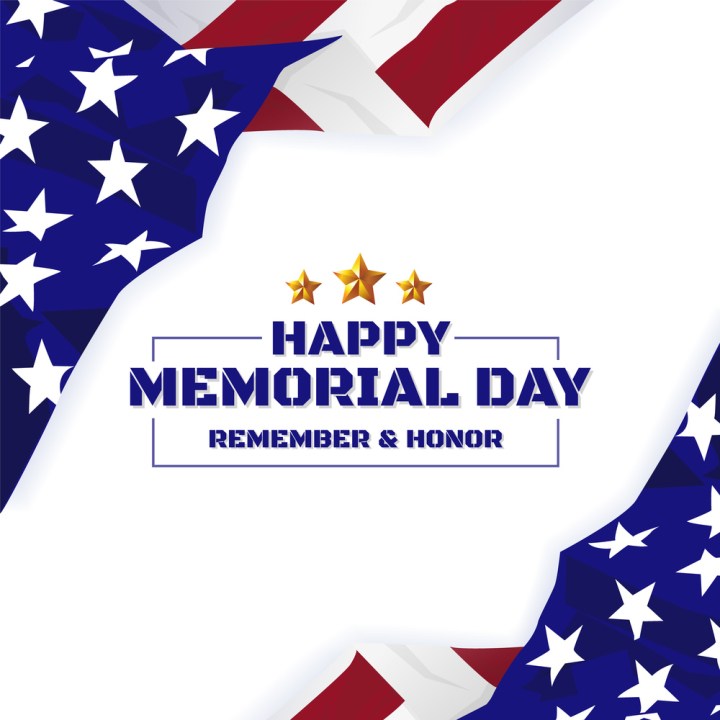