How To Use Virtual Desktop in Windows 10

You might group all the related stuff on one desktop to better concentrate on certain work. Though MacOS and Linux already have virtual desktop features, they organize by third-party apps. Now, Windows 10 has come with inbuilt virtual desktops.

How To Use Virtual Desktop On Windows 10

Using a virtual desktop is not very difficult, but if you are a new user or do not use the feature yet, you need in-depth knowledge to operate the function. Creating a new desktop, how to close and open it, how to switch between all virtual desktops, what the shortcuts are, etc. Let’s know in detail how to organize and control virtual desktops:

Add a virtual Desktop on Windows 10

Windows 10 has permission to move windows between the opened desktops. If you want to move a window on a desktop that you choose – press the Window+Tab key, and you can see all the desktops and windows on the screen. Now hover and drag on a window and drop it on a desktop you want. 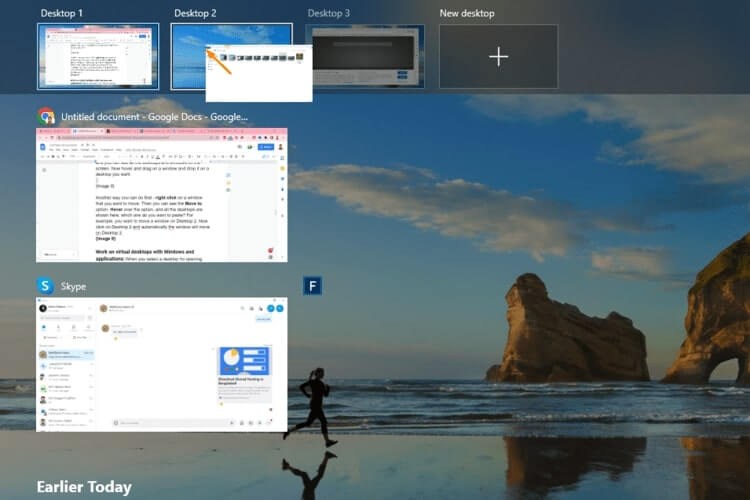 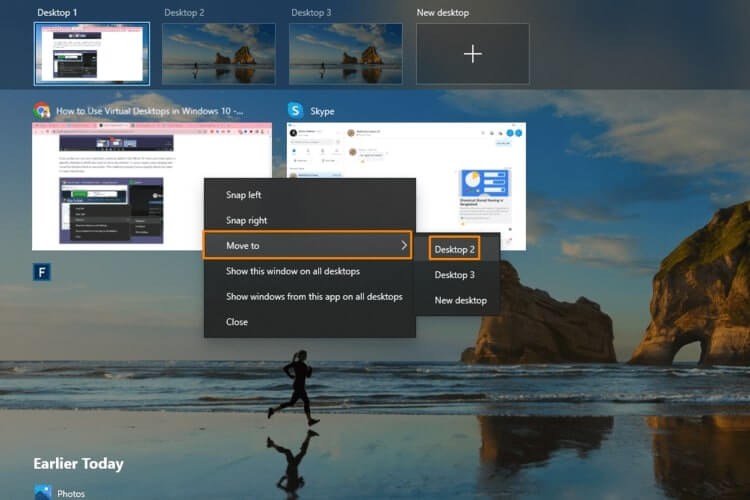 Work on virtual desktops with Windows and applications

When you select a desktop for opening different programs, apps, or windows, that window, program, and app will surprisingly stay on that particular desktop. For example, you have 5 desktops open, and from there, you open desktop number 4. Then you open a few new Chrome windows there until you close those windows; these Chrome browsers still stay on the number 4 desktop.

How to delete virtual desktops

To delete virtual desktops, you can follow the described process. To do that, first press the Windows + Tab key, and the command will take you to a new window showing you the list of desktops. You also see the recent and earlier desktop history you have open. 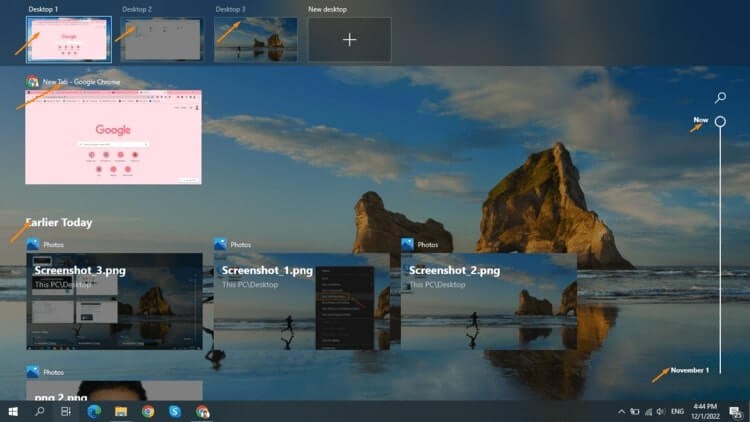 You can see a cross button top right corner of the window. To close, click the left button of the mouse. Now you can delete all the desktops by following described steps. 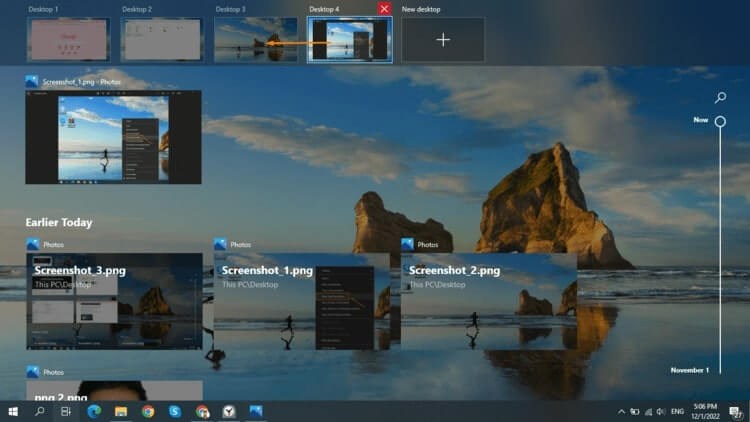 When you close a desktop, all the windows and apps of the deleting window will switch to the left side window. Suppose you want to close desktop no 4; all the apps and windows of desktop 4 will move to desktop 3.

Custom Personalization of Your Virtual Desktop

Windows 10 OS allows the use of desktops in a more personalized way. Sometimes you may use multiple desktops at once; if the desktops are sorted by number, you may not find the desktop you want. To solve this problem, Windows 10 allows you to set the desktop name. That means you can set different desktops with different names. Whenever you want to switch on a desktop, you can find your targeted desktop easily by seeing the name.

Noting in the world is as perfect as we want and similarly for Virtual desktops. Creating or inventing a new program or application first time has some bugs and limitations. Microsoft regularly tries to fix all the problems and brings up updates. We hope they also have come up with some solution to the limitation of Virtual desktops. Except for some limitations, the Virtual desktop feature of windows 10 helps us empower productivity and organize tasks seamlessly. 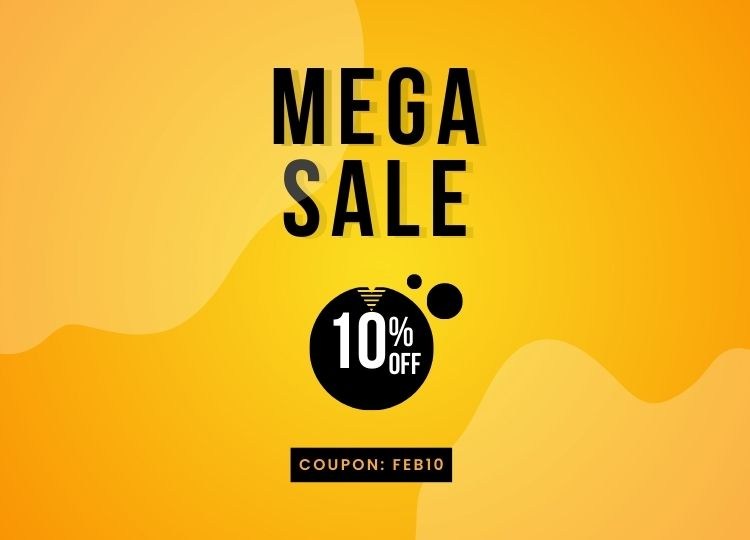